This past week we began work on the next pasture for our proteins–which is also the site for a future big barn.  This involved me with a chainsaw a chunk of the day Saturday and my son Finn and I hauling pallets most of the day yesterday.  Thank you, Finn!  You are a dedicated and fun person to work with (pizza and mangos on the way!).  🙂  The site is a 200-foot diameter circle in the center of our property.  We hope to finish the fencing for it this week and get animals on it by Saturday, starting with the horse and goats and then the pigs.  It will then be the focal point from which we serve almost all of the mother pastures.  Next year we hope to get at least the well drilled and the concrete poured for the barn foundation (assuming we do a concrete or partial concrete floor).  Plans are still going through the design phase.

The layers continue to forage on the alleyway between their winter quarters and the sheep and horse pens.  The 100 Black Australorp chicks are doing great and look to have almost doubled in size in the ten days we’ve had them.  They seem more determined and vigorous than they did upon arrival.  The Rainbow Rangers too are showing their awesome growth rate and vigor–and like their chick-mates have wing feathers coming in quite prolifically.  They are easily outsizing the BA’s and we will look at getting them out on pasture in early June.  Next up for the poultry operation will be duck and quail processing (ask for them in your poultry share!), a new duck pen on the west side of the barn and quail chicks on their way.  If you are interested in having us raise any number of turkeys for you this year please get your order into us by JUNE 15th at the latest.

Hormones are on the rise in the pig pastures.  Henry–our gentle giant alpha Hereford boar–is sensing some testosterone wafting his way from the three rapidly maturing boars that are now sharing the pen with him and the sows.  He is very slowly and gently letting them know that he is the boss and that if anyone is going to court the fertile sows it will be him.  If you are driving by and hear any unusual screams it is those younger boars getting their feelings hurt.  We will be addressing these emerging boars this week.  They will either be castrated under sedation, sent off for processing right away, separated from the rest of the herd and then processed later this summer, or sold for breeding stock.  Piglets will be castrated starting tonight.  We have nine to do and hope to have them done by Friday at the latest.  Some are pretty big and this will be in the early evenings–so we want to pace ourselves.  At least two to three more sows look like they will be farrowing soon.  Two of them are first-time moms and are two that I would like to keep for the longer haul. 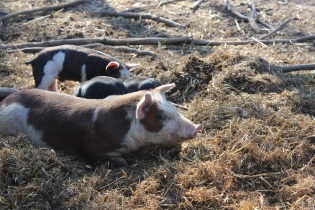 Finally–this past week our other barn cat Thief had a litter of two black kittens–bringing our spring kitten count to five (four blacks and one all gray).  They are all awesome and we are giving them TONS  of socialization.  🙂  They will be ready for adoption (Free!) as early as late June/early July.  If you would like one (or more) or know of someone who might please direct them our way.  Both Shadow and Thief will be fixed after their kittens move on so that we do not contribute to the stray population out here.  Both of them are incredibly social cats, receive love well and are fierce “mousers.”  Though they will also bring in grouse, chipmunks and voles.

That’s all for now.  Have a great and productive week everyone.  Looking forward to getting near 80 by week’s end and hope to see you Saturday morning at the Sara Hardy in TC!

Stuart and the crew at Morganic Farm 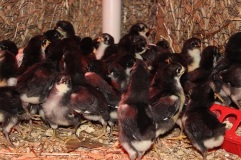 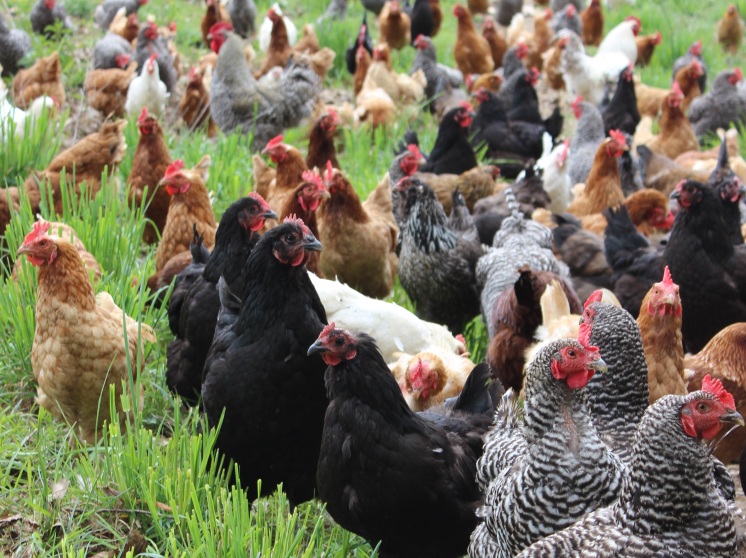 One thought on “Farm Note for Week 20”